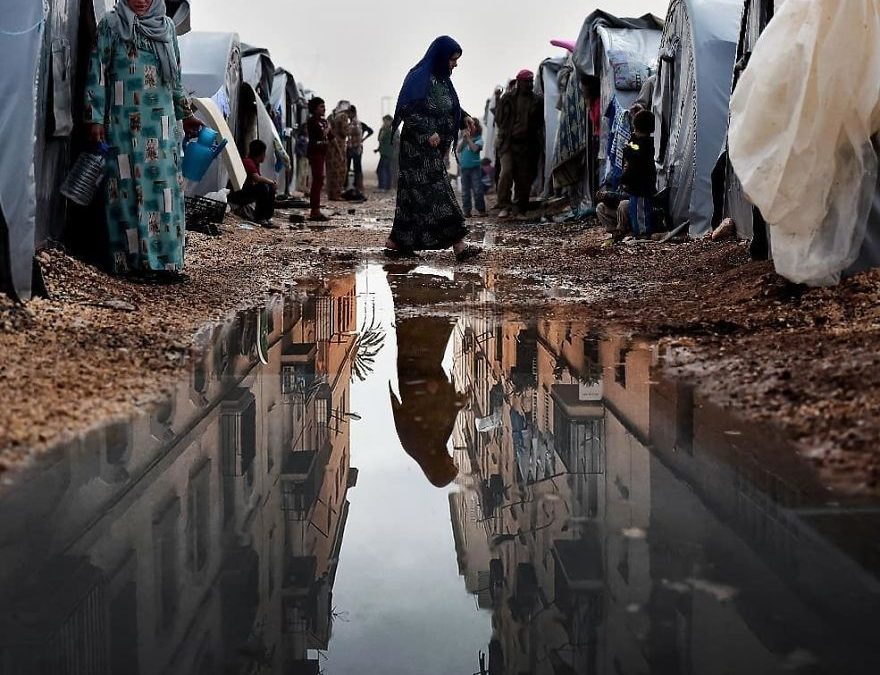 Sometimes Christians are a bit embarrassed by God’s judgment. We would rather talk about God’s love. But I want to suggest that God’s judgment is good news.

But listen to how the book ends: ‘For God will bring every deed into judgment, with every secret thing, whether good or evil.’ (Ecclesiastes 12:14). In a world without judgment everything is meaningless. Good is no different to evil. There is no basis for calling something ‘right’ and something else ‘wrong’. We have no basis for deciding what is worth pursuing and what is not. The writer of Ecclesiastes takes a look at the world in just those terms and says that it is all meaningless. But, he concludes, God will re-order the world. God will impose order and meaning through judgment. That is what judgment is: God imposing order. Right will be right and wrong will be wrong. And that is what gives our actions meaning. The coming judgment of God means that we can talk about out actions being right or wrong. They do have value. We can pursue things in life which have meaning.

We long for justice. That is what the emotional impact of the film Arlington Road reveals. Deep inside we want right to be rewarded and evil to be punished. We see it in all sorts of different ways. If someone jumps the queue we are outraged. Usually we are too diffident to say anything, but we seethe inside. It is not right. The queue jumper should not treat other people which such selfish indifference. We seen in the crowds who stand outside, shouting abuse at an accused criminal. When I heard that General Pinochet had been arrested in Britain and involuntarily cheered: I could not help myself.

People crave justice. We pursue people in their eighties and nineties for their part in the holocaust because we cannot bear to think that these people should get away with their crimes. We cannot bear to think that evil should go unpunished. We feel that we owe it to the victims to judge their oppressors. A friend of mine (Tim Davies) was telling me of time when he spoke on how God can allow suffering at a meeting for non-Christians. Afterwards he got arguing vigorously with a strong atheist. Then a women who was listening in said: ‘What troubles me is that there is so much injustice and people just seem to get away with it.’ And my friend replied, ‘If you believe this man (the atheist) then they will.’ Without a God of wrath, people get away with it. But because of God’s wrath no-one escapes justice. I find it a great comfort that when crimes go undetected and tyrants go unpunished knowing that one day these people will face justice. They may die in their beds, but they will stand before the court of God’s judgment.

During the Rwandan massacres, television coverage showed bodies floating down the river, people who had been butchered to death with machete blows in orchestrated tribal violence. An interviewee commented, ‘My only comfort is that God will judge these people.’

There is a point in the television series World at War in which a man, a Christian as it happens, sees a railway truck full of people. They are Jews being transported to a concentration camp. He sees they are desperate for a drink so he starts handing cups of water up to them. He does not know exactly what is happening, but he realises it is not good. Eventually he is seen by a guard who pushes him away. As he is pushed away the man says, ‘You will not get away with this.’ It was not a statement of faith in the victory of the allies. It was a statement of faith – even of hope – in God. One day God will call to account.

To all these people and in all these situations, God’s wrath is good news.

In view of the heightened risk of community outbreak in HK, we have decided to cancel service on Sunday, 29 March and 5 April. We want to love our church family and our city well at this time. Let’s gather to worship together through the live stream from 10:30am at https://www.youtube.com/watch?v=VBgKrXrrEgA Additionally, we are stopping all meetings at the Community Center and staff will mostly be working from home until Easter. In these difficult times, please encourage and look out for those who need help around you and point one another to Christ, our sure and steady anchor.