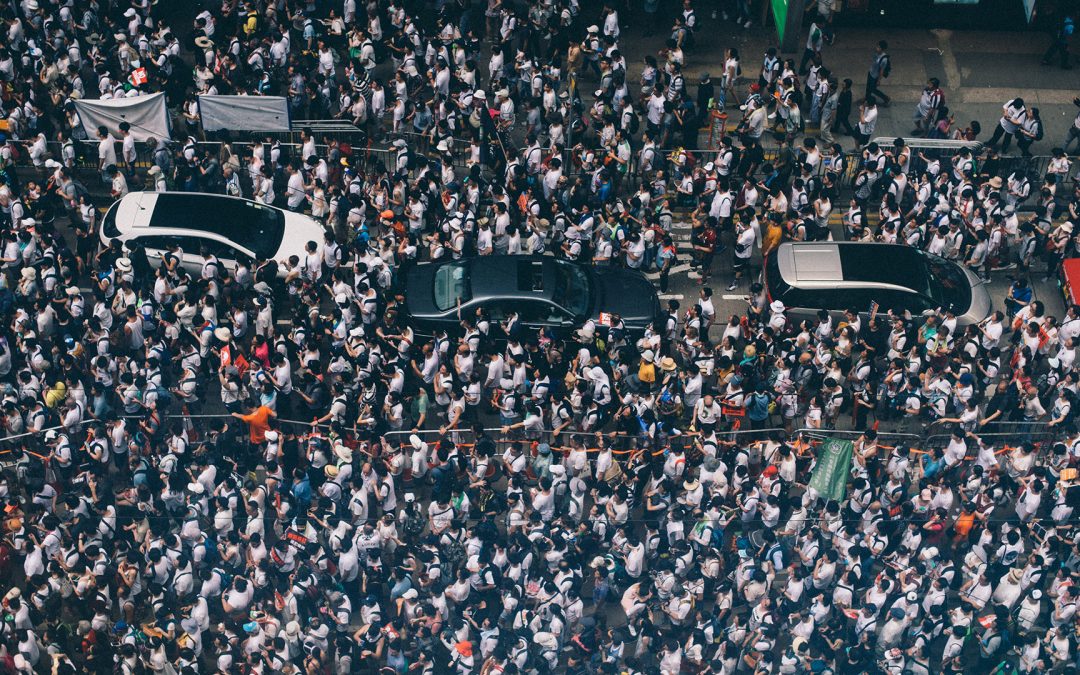 A Response from Watermark to Recent Events in Hong Kong

Hong Kong has been gripped again by a wave of protests. We have had tear gas, violence, Facebook is blowing up with comments, tensions in families are high – the city is divided and torn apart. Even within churches, brothers and sisters are divided over politics. So how, as Christians, are we to respond in this high-octane atmosphere? How are we to honour Christ in the midst of these very real challenges?

As leaders in Watermark, our position is not to take a political side but to leave it up to individual conscience as to their political stance. We do this because history shows that when the church (as an institution) starts lobbying for political agendas, the gospel message becomes distorted and it serves as a stumbling block for people coming to Christ. However, our role is to provide a gospel framework for responding so it is Christ – and not merely culture – that is shaping our convictions and political conscience.

We want to give 4 biblical principles. Then 3 practical ways to respond. Finally, 3 key areas to pray for.

1) God is Sovereign over everything

Throughout Scripture believers experienced both fair and just political authorities and, more commonly, wicked and unjust rulers. However, from Daniel in Babylon to John in the Book of Revelation, the overwhelming refrain is that God is seated on the throne. Even when Nebuchadnezzar is throwing Daniel’s friends in the fiery furnace or the apostles are being arrested, beaten and executed, Jesus is still reigning. Life is not out of control. Though trade-wars, human rights violations, persecution, unrest, good and bad governments, Jesus is weaving his redemption story throughout history.

What that means is we do not need to live in fear. Our confidence and hope for the future is not found in the political regime in charge but in Christ our King. It also means we humble ourselves under his hand recognising we do not see all of history, our perspectives are limited and may be flawed and only God has a wide-angle view of history.

2) All people are made in God’s image

The gospel message says that those whose views you disagree with most are still made in the image of God, loved by Christ who died for them. This is true even if you utterly disagree with someone, you consider their logic utterly flawed or self-serving, even then they are still image-bearers. Our leaders in both Hong Kong and Beijing are not some impersonal ‘the government’. They are human beings made in God’s image for whom Christ died. Those who are pro-Beijing and those who are pro-democracy or pro-independence are human beings made in God’s image that Christ loves. So we must treat them as such.

When we are sure we are right – and we may be – it is easy for our political opinions to become a form of self-righteousness where we look down on our opponents and dehumanise them, feeling justified by our own ‘rightness’. For this, we as Christians should be the first to repent when we see that attitude in our hearts because it dishonours our Saviour who laid down his life for us when he was totally justified to condemn us.

“For there is no authority except from God, and those that exist have been instituted by God.” Rom 13:1

Paul lived under the regime of an oppressive, capricious ruler – the emperor Nero. And yet, he still says that God has appointed him. We may be thrilled by or utterly appalled by the decisions of those in power but we recognise their God-given position. Paul says this should play out in a general attitude of submission to and honouring of authorities. That does not mean we agree with all their decisions nor merely stay silent and accept everything that happens as the will of God – humans are sinful and power is often used corruptly and unjustly – but we will still pay our taxes, keep the speed limit and abide by the laws of the land as long as they do not contradict God’s word.

That also means that though, at times, we may passionately oppose a government’s policies, we do not speak hatefully, scornfully or mockingly of government leaders. Instead, we pray for them (1 Tim 2:1-3), seek to encourage and bless them and oppose them, when necessary, with clarity of informed, persuasive arguments not mere emotional rhetoric.

4) God calls his people to be advocates for justice, peace and love

God’s call for his people to submit to authorities is not a call to be passive. When his people care about their neighbours and love the people around them, they will engage where there are issues of injustice. The prophets throughout Scripture do not hesitate to call Israel’s leaders to account for their neglect of the poor and widows. One of God’s main critiques of the Israelites is that they do not speak up for the marginalised and weak. Jesus opposed religious injustice both verbally but also in protest in the temple by overturning the money-changers tables. The apostles refused to give in to the authorities demands for them to stop preaching the gospel. Throughout church history, Christians have been at the forefront of campaigning for and embodying social change – bringing care for widows and orphans, creating hospitals, lobbying for fair labour laws and the end of slavery.

There are right times to oppose the government where injustice is at stake – not just when we think our comfort or our values are at stake. There was a time in England when shops first started trading on Sundays. Churches started rallying and protesting against this because they felt it violated the Sabbath. What was interesting was that the church had never protested with such strong convictions about the marginalised, the poor or a host of other issues which concerned others in society. The church was effectively only interested in its own issues. We must stand up for what is truly justice – not just for our own protection and survival. Additionally, we must not assume that if someone is not as equally convicted as you about a certain issue or engaging in the way you would like that they are not someone who cares about justice.

All that said, our stand for justice must be done honourably, using non-violence and with well-informed arguments not just hearsay from social media or tabloid newspapers.

A few questions for us to ponder in the current debates:

Politics stirs up the emotions because it affects real people’s lives. This makes political language charged with emotional heat. Therefore, impersonal mediums such as Facebook, Twitter and Whatsapp which do not allow you to understand tone, see body language and establish face-to-face rapport are never platforms for healthy, constructive debate. In fact, the emotion that goes viral the quickest on the internet is anger. It is easy to get sucked into the emotional cauldron and merely add fuel to the fire when you see an emotive picture or video, or angry and condemning comments. Don’t take the bait! Rather stop and pray. For some of us, we may have to limit our time on social media if we see that our hearts are becoming fearful, unhelpfully angry and hardening towards others in HK.

2) Display the Fruit of the Spirit in your discussions

When we are passionate about an issue, we easily forget about – love, joy, peace, patience, kindness, goodness, gentleness, faithfulness and self-control. Jesus said “Love your enemies.” Even your political enemies. How do you do that? Recognise in Watermark, in your CGs and in your friendship circles, there may be people who hold different views from you so be aware of how others may feel if you press your agenda too strongly, particularly in CG. When discussing, acknowledge that Scripture does allow people to hold different political positions. Be humble even in your convictions. Affirm in your CG that Christ is what brings us together not politics. If a topic is raising unnecessary tensions which are leading to animosity, turn the temperature down by suggesting you pray. When you feel your own blood or frustration levels reach boiling point, hold your tongue or your finger (if on social media) and do not respond in the moment. Affirm your love for those who differ from you.

A gospel position may lead us to being hated by both sides. Because we refuse to hate and will love even our political enemies, those we agree with politically may consider us traitors. That is part of the call of the gospel.

If we believe God truly answers prayer – and he does – then above all we should pray. If we protest, if we complain and yet we do not pray – then our hearts have almost certainly gone astray. When tensions are high often the last thing we feel like doing is praying. But it is the very thing which will keep our hearts in check, will enable us to love those we oppose and will help us as Christians to be a light in this city so that Christ may be honoured. So how should we pray?

1.Pray for our leaders:

2. Pray for our city

3. Pray for the church

Dear Watermark,
Church service will proceed as normal this Sunday but with some precautions to help prevent the spread of germs. Please wear and keep on wearing a mask (if you do not have, we can provide) and wash your hands regularly. Everyone will need to have their temperature checked. If you have been to the mainland, or have been exposed to those who are sick, please do be considerate and self-quarantine. During this time, we need to be sensitive to those that are hurting or fearful, and we need to take care not to spread the virus, but let’s also be Salt and Light in the way we do that. Let’s take care of ourselves but also seek to take care of others.